Is It Safe for Women to Drink Alcohol?

Women have achieved male social roles, activity and responsibility. In this case, women took over the negative moments of “male” behavior, including alcoholic behavior. Now, women also drink along with men. Alcoholism is becoming much more common in women.

Genetic predisposition plays a decisive role in the development of alcoholism in women. Up to 76 percent of relatives of such women also drink. A daughter of such a woman is 4 times more likely to develop alcoholism than her son. 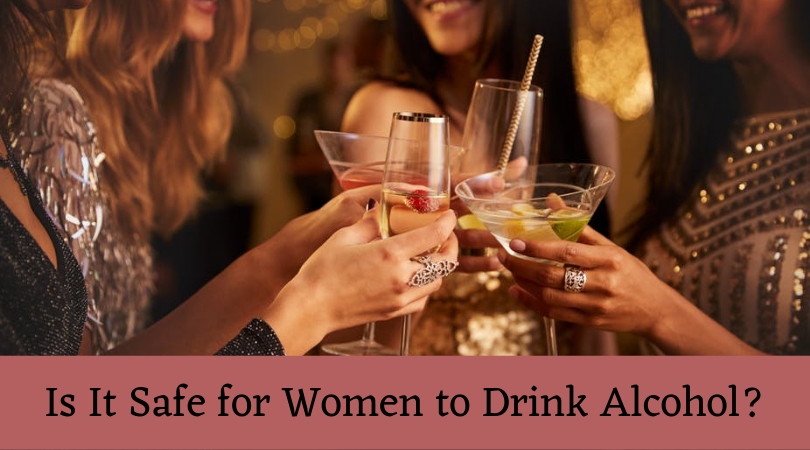 There is no difference – with which drink a person begins his alcohol addiction. It can be cocktails, dry wines, vermouths, vintage cognacs. Maybe women are less abused by beer, because of the genetic characteristics of their oral cavity. There are much more receptors responsible for the perception of bitterness. But in the end, any alcoholic, regardless of gender or age, comes to vodka, as the most effective drink in a dose-effect relationship.

This statement is true. Indeed, it is enough for a woman to have an average of three years to develop addiction while a man’s addiction can develop for decades. This is due to the features of the female body. The fluid content in the body and lower body weight leads to the fact a higher concentration of alcohol occurs in the blood. In addition, cyclical fluctuations of the hormonal background are also affected – during the premenstrual syndrome, when many women experience tension, irritability, anxiety, and alcohol is better absorbed from the stomach, which leads to greater toxicity at the end of the menstrual cycle.

Alcoholism in women develops later – on average at 26 years old, whereas for men at 23 years old, but the disease in women progresses faster, and they are forced to seek treatment after 7 years, men “keep” more than two times longer. – 16 years.

Do women try to cope with stress with alcohol?

This is the male way to relieve tension. Women usually eat too much in stressful situations. And, as studies show, among working family women, the percentage of alcohol abusers is the lowest, but among childless housewives, it is obscenely high. This does not mean that all housewives drink, but that permanent idleness multiplied by loneliness is pushing for alcohol addiction.

A man most often drinks outside the home, and in the overwhelming majority of cases, he necessarily needs a company and a reason (often the mere existence of a company becomes the reason). Due to social and psychological taboos, a woman hides her problems, so she drinks quietly, at home, so that no one can see. Moreover, the process itself is of a spontaneous nature – a “short circuit” occurs in the brain, a woman is drinking a glass of vodka, for example, and only then thinks about what happened.